Some of these cookies are essential, while others help us to improve your experience by providing insights into how the site is being used. For more detailed information on the cookies we use, please check our Privacy Policy

Providing a natural route for nature in Buck Barn and surrounding areas to connect, a £5m investment from Thakeham Homes.

Transforming Our Ecological Future for Generations to Come

Our design for a new green bridge spanning four lanes of the A24 at Buck Barn in Sussex show how, together, we can pioneer ecological change. We know how deeply people care about local wildlife. We have read and listened to the debate.One issue was clear: the A24 is an artificial barrier blocking wildlife access between the rewilding at Knepp Estate and the farmland beyond it.

When the A24 was built, little thought was given to how the road might fragment wildlife and affect biodiversity. But, today, our priorities are very different. This is our opportunity to put it right. The Knepp Estate is now a biodiversity hotspot; full of species that are longing to break out into the wider countryside. The green bridge, plus northern edge ecological buffer with no-pedestrian access, will facilitate a better and more sustainable future for plants, birds, insects and wild animals in the area. When built, the strategic vision to create a connected biodiversity corridor from Climping in the South to St Leonard's in the North will be one step closer to reality.

Sussex is blessed with a rich mosaic of habitats across the county, many rightly protected as Areas of Outstanding Natural Beauty (AONB) or Sites of Specific Scientific Interest (SSSI). But the land at Buck Barn has no such challenges. That means that whilst meeting nature's needs, we can also meet the needs of local people in Horsham District. We can ease the burden on local schooling. We can invest in and enhance local infrastructure. We can create a new community for all.

The northern boundary of Wealdcross has been designed to act as an ecological buffer, screening the wildlife corridors from any disturbances, including separation from pedestrians, cats, and dogs. This continuous green infrastructure also shelters the wildlife corridors from light, noise, and air pollution, as well as containing native species that are beneficial to pollinators. This ensures that the A24 green bridge will be exclusively used by wildlife.

Learning from the design and landscaping of ecoducts in the Netherlands

The wider landscape around the bridge will be planted with native trees, shrubs and grasses. We will use woody debris and rock piles to create microhabitats, as well as a pond for wetland species

We will work with local ecologists to survey each of the many species that will use the bridge, from smaller creatures such as insects and amphibians to larger animals that freely roam the sussex countryside such as deer

We need biodiversity corridors to connect fragmented habitats. We need more of them. They need to be bigger, better and more joined to provide wider ecosystem services like pollination and wild species diversity. Corridors provide routes for wildlife from dragonflies to deer to move, expand, and adjust to change. 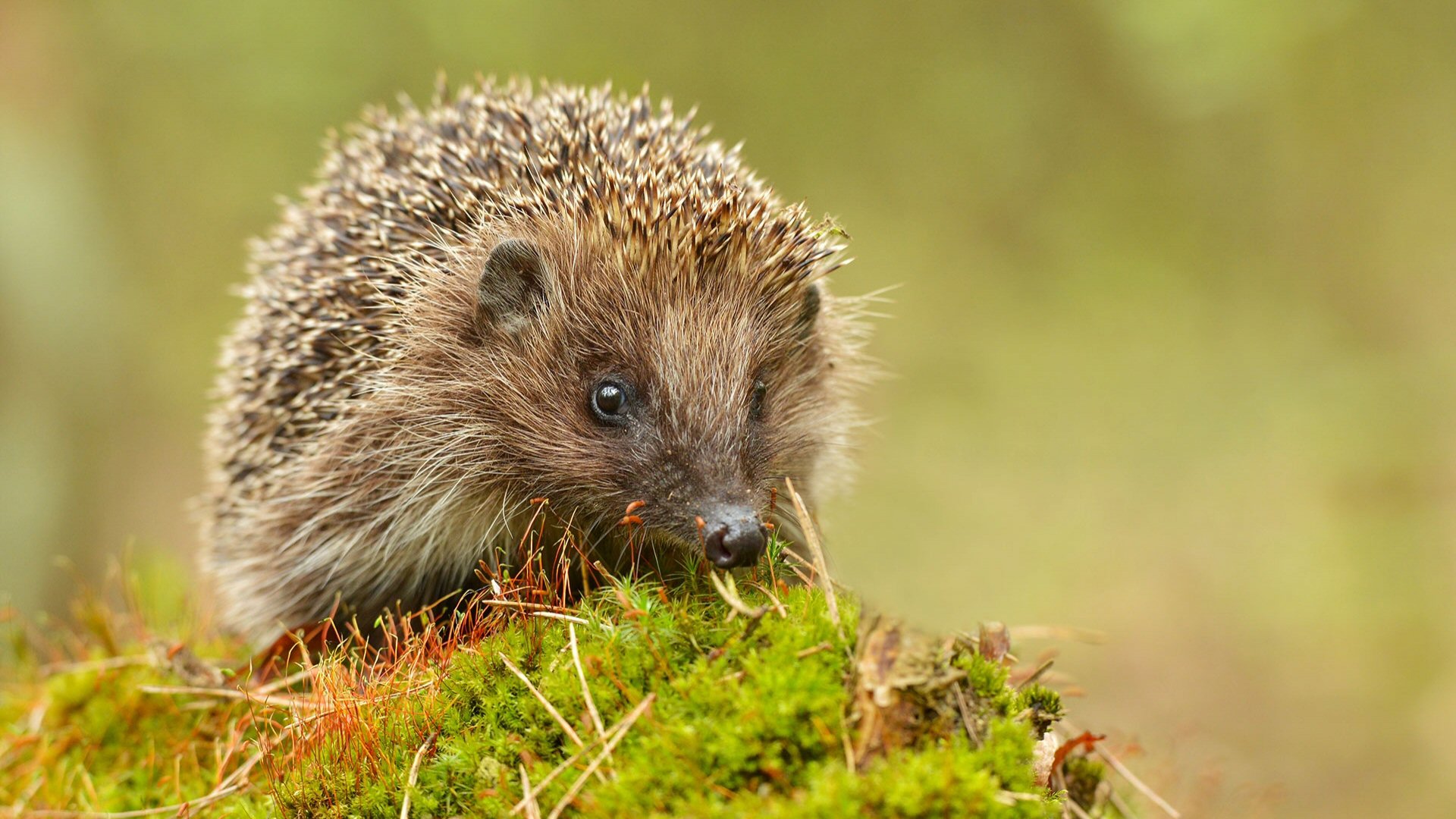 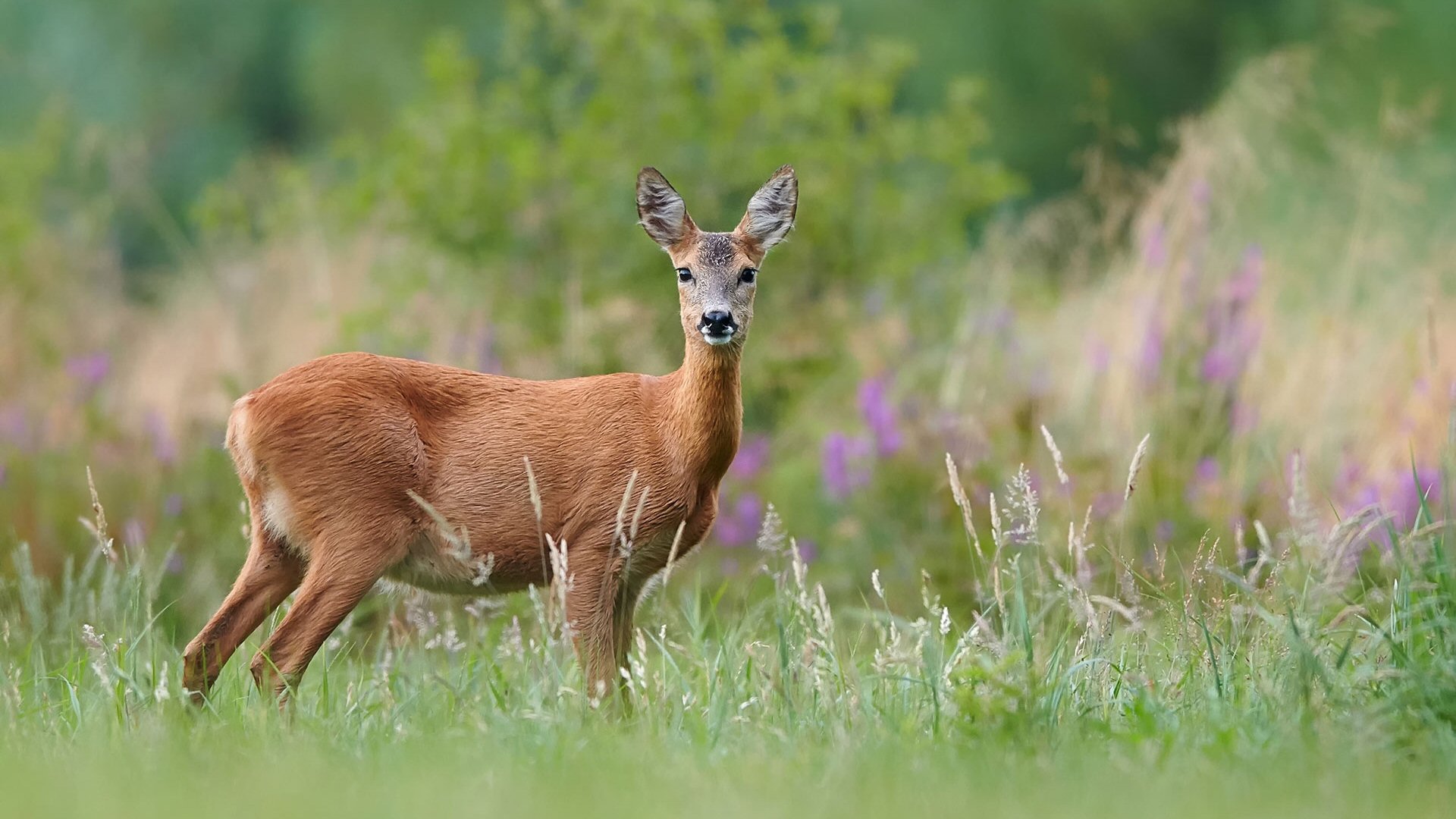 Thakeham will also appeal to Buck Barn landowners to support them by removing fences at key connection points and reducing barriers for free movement of wildlife.

The final green bridge design will be submitted as part of the plans for Wealdcross. The new sustainable community will also introduce 4.2 km of new hedgerows which will also act as biodiversity corridors connecting areas. 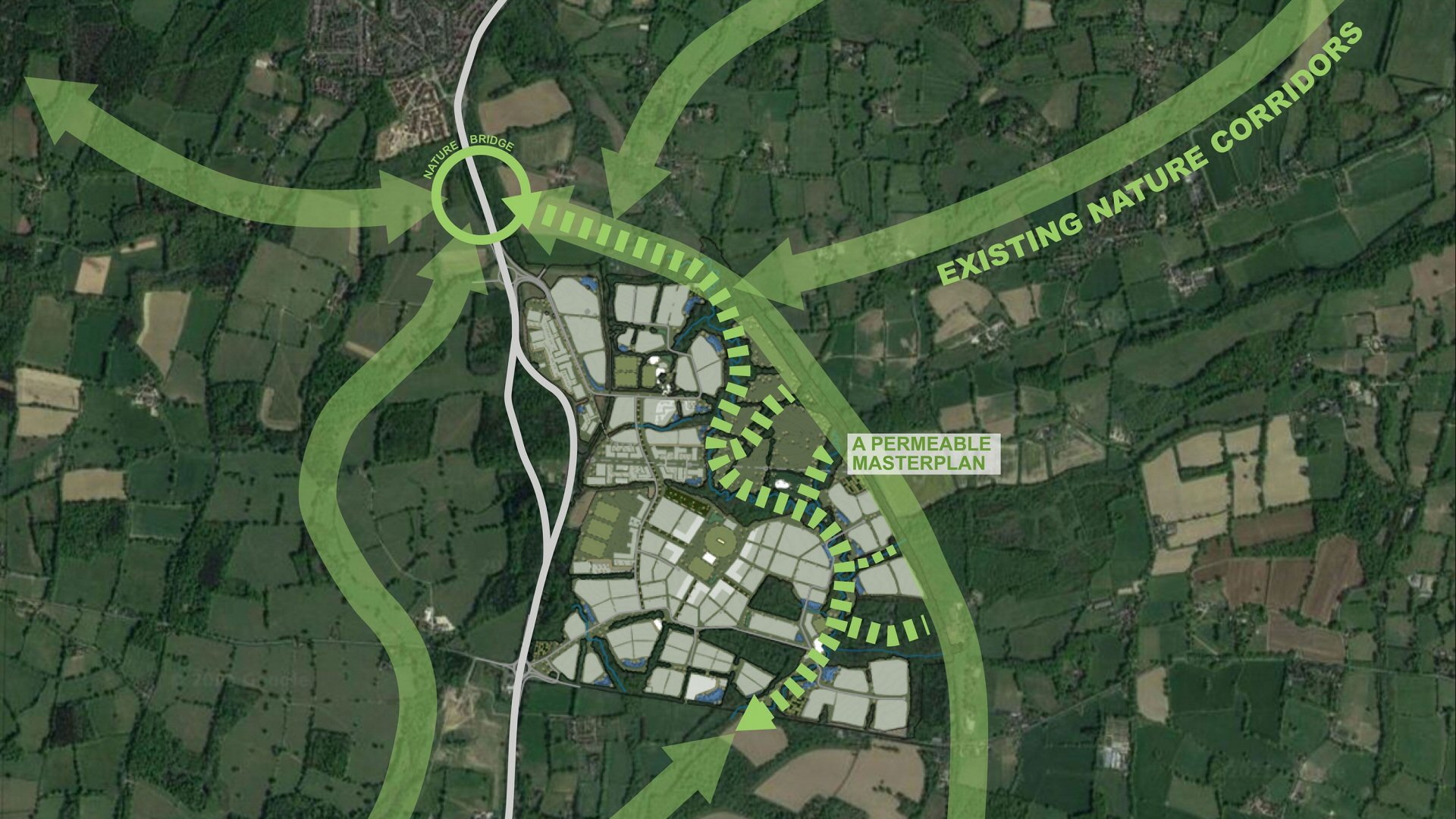 The bridge is bordered with a continuous thicket (green verge) to reduce disturbance from light and noise emitted from passing traffic. The bridge will be landscaped with a mosaic of shrubs, heath, grassland, tree stumps and layered with soil from the surrounding area.

The wider landscape around the bridge will be planted with native trees, shrubs and grasses.

We will use woody debris and rock piles to create microhabitats, as well as a pond for wetland species. 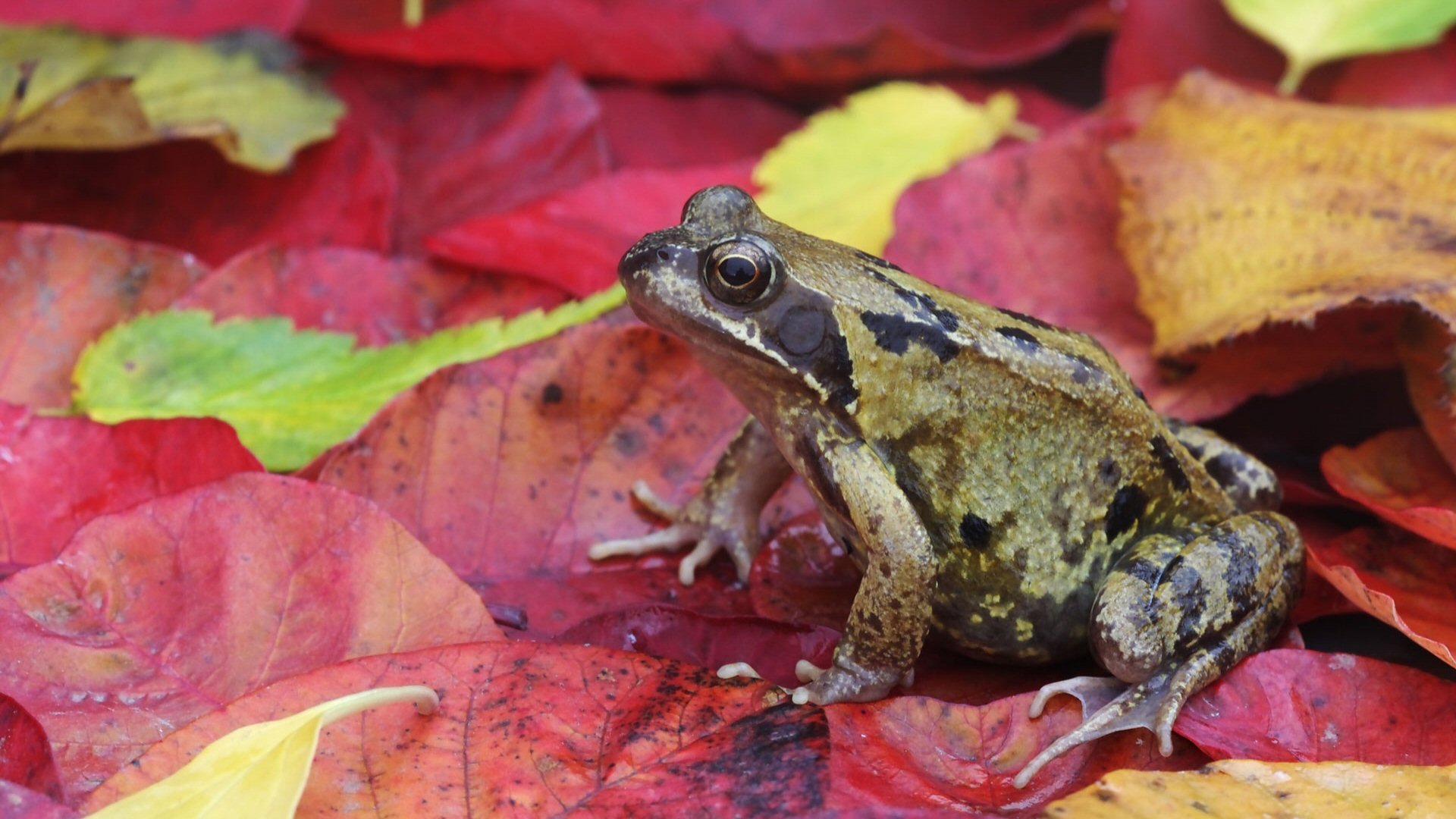 Make sure that your voice is heard as the Wealdcross development evolves, with early consultations available for any queries you may have.
We are here to listen.